The Orthodox Autocephalous Church of Albania

Shortly after the outbreak of the first Balkan war in October 1912, in which the Balkan League, made up of Bulgaria, Serbia, Greece, and Montenegro, was at war against the Ottoman Empire.  Albanian Patriots, under the leadership of Ishmael Qamal, declared Albania an independent nation. The date was November 28, 1912. 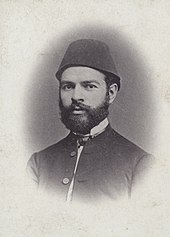 This ushered in an extended period of internal unrest, political instability, and the breakdown of longstanding structures which had been supported under the Ottoman rule.  In the midst of this tumult, the Orthodox Church faced a new set of circumstances now influenced and pressured by politically motivated interests.

Prior to independence, the Church in Albania was organized under the Ecumenical Patriarchate according to the millet system imposed by the Ottoman Porte. Bishops were dispatched to Albanian lands, where they protected the religious rights of the people in accordance with time honored prerogatives granted by the Sublime Porte to the Ecumenical Patriarchate of Constantinople.  Exercising these prerogatives, the various bishops decided on matters of disputes among Christians such as issues of property inheritance and marriage.  Moreover, the bishops defended the Orthodox Christians' identity as a minority population and their right to education, freedom of religious practice and judicial appeal.   During this period, all Orthodox Christians, or members of the rum millet, were educated in Greek-speaking schools and worshiped at Greek-language liturgical services.

The independence of Albania was formalized by the Treaty of London on May 30, 1913, when a decision was made to appoint an international commission of control for Albania to organize the government and supervise its operation. 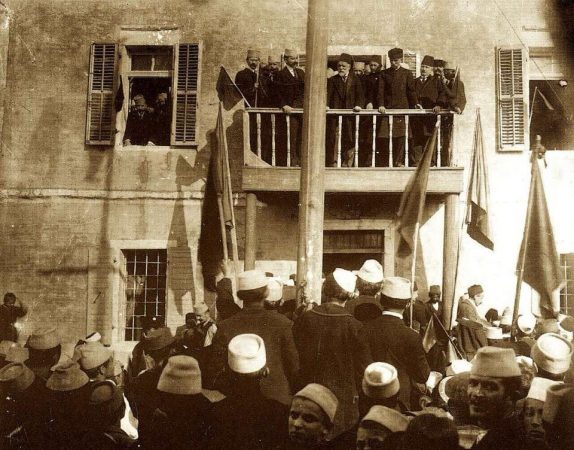 With the emergence of a more pronounced Albanian nationalism, voices were raised for the organization of an independent Church to parallel political developments. It was not until 1921 that the Albanian language was used for the first time in Korçë at divine services, whereas Albanian translations of liturgical texts had already been prepared and used by then-priest Theophan Noli in Boston in 1908.  In August of 1921 the last remaining hierarch of the patriarch aid was expelled by the Albanian government, resulting in a chaotic and anti-Canonical situation for the church.

An all Albanian Congress was called at Berat in August 1922, to resolve the anomalous conditions and seek a permanent solution. The representatives, clergy and laity, adopted a resolution calling for the establishment of an autocephalous or self-governing Church, with bishops being citizens of Albania ordained by the Ecumenical Patriarchate and with the official language of the services being Albanian. The delegation led by the priest, Reverend Vasil Marko, took this resolution of the Congress of Berat to the Patriarchate.

In response to two Albanian hierarchs, Bishop +HIEROTHEOS Andon, a native of Charshova, Leskovik, and Bishop +KRISTOFOR Kissi, born in Berat in 1882, were sent to Albania to study the situation and prepare a report. Instead, Bishop +HIEROTHEOS, as patriarchal exarch, became entangled in the political maneuvers of the government and proceeded to ordain +THEOFAN Noli a bishop. The situation became convoluted when he named himself Bishop of Korçë and locum tenans of Gjirokastër, Bishop +KRISTOFOR to Berat and Bishop +THEOFAN to Durrës and Tirana. Following his six months as Prime Minister (June 17 to December 24, 1924), Bishop +THEOFAN departed Albania and severed his ties with the Church there. He never returned to Albania. Bishop +HIEROTHEOS became embroiled in contradictions with the ever changing government authorities and finally was asked to leave the country. He retired to Mount Athos and died in a Salonika hospital in 1956.

The remaining bishop, who maintained amicable relations with the Ecumenical Patriachate, was Bishop +KRISTOFOR. 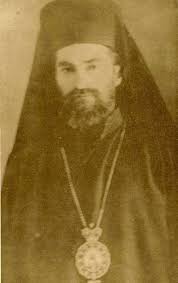 He attempted to strike an agreement with the government on a list of electable bishops, but to no avail. He too was requested to leave the country but refused on the pretext that he had no hospitable recourse. It was agreed that he would remain and retire to the monastery at Ardenica.

At this point, the Church fell under the complete control of the government, which sought partisan candidates to lead the Church. Such a clergyman was Elbasan-born priest, Vissarion Juvani, who cooperated with the government to organize the church. After his ordination by the Russian Orthodox Synod in Exile, Bishop +VISSARION, together with Serbian Bishop +VICTOR, ordained bishops of +EUTHYMIUS and +AGATHANGEL, the latter having served as a priest in the United States.  This group of bishops remained isolated and out of canonical communion with other Orthodox bishops.  Bishop +VISSARION, with the backing of the government, dismissed Bishop +VICTOR, who retired to Serbia.  Bishop +EUTHYMIUS died, and Bishop +AGATHANGEL withdrew his support of Bishop +VISSARION, which prompted a church assembly and the government's call for his resignation. He left active ministry in 1936 and lived in retirement until his death in 1959.

It fell to Bishop +KRISTOFOR to take up the mantle of leadership. Convincing the government of King Zog, Bishop +KRISTOFOR undertook the task of correcting the anomalous church situation by being reconciled to the Mother Church of Constantinople and, through the Ecumenical Patriarch, to establish canonical relations of mutual recognition with all the other Patriarchates and Autocephalous Churches of the Orthodox world. 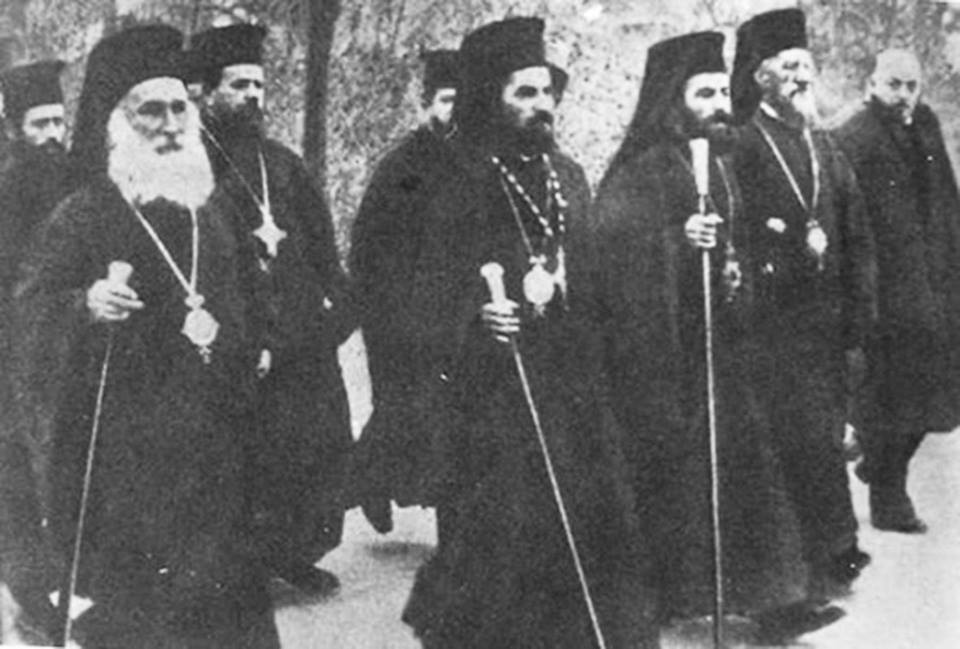 On April 12, 1937, the Holy and Sacred Synod issued the Tomos of autocephaly over the signatures of then-Ecumenical Patriarch +BENJAMIN and the eleven metropolitans comprising the Synod.  On the same day, the Synod  elected and founded the canonical Holy Synod of the Church of Albania, consisting of: Archbishop +KRISTOFOR of Tirana, Durrës, and All Albania; Bishop +AGATHANGEL of Berat; Bishop of +EVLOGI of Korçë; and Bishop +PANDELIMON of Gjirokastër.

The members of this Synod were disesteemed by the government in Albania during and after World War II.  Bishop +AGATHANGEL died in 1946. Bishops +EVLOGI and +PANDELIMON were barred from reentering the country, and Archbishop +KRISTOFOR was deposed in 1949 as being unacceptable to the government.  He died on June 16th, 1958, while confined to the monastery of Saint Prokopios.  A churchman of the first order, Archbishop +KRISTOFOR guided the church through difficult and critical times, keeping faith with church order and tradition at the expense of his own safety and reputation. His contribution to regularising and establishing the Orthodox Autocephalous Church of Albania is inestimable. His insistence on correct ecclesiastical order and procedure procured the gift and dignity of autocephaly which is cherished by the Church all these many decades later.  May the memory of Archbishop +KRISTOFOR be eternal. 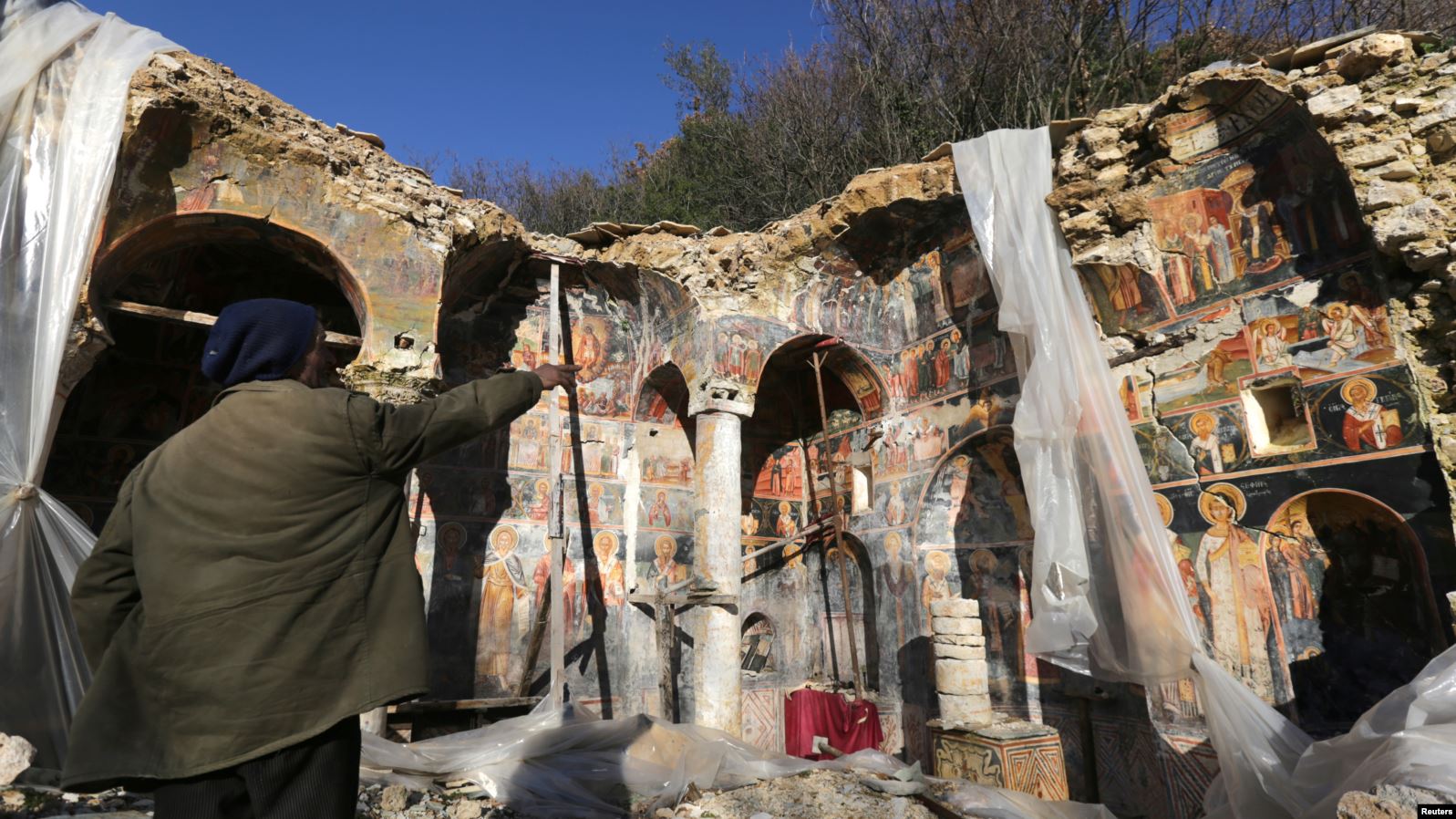 The years of fascism and communism were thorny ones for the Church. Barely was there enough time to organize and stabilize church life when the upheavals of World War II and its aftermath gripped Albania. The government dictated the policies of the Church and handpicked its leaders. The period from 1949 onwards saw gross violations of common law, faith regulations, and practices.  A string of bishops who were government appointees served, not the interests of the church, but the state.  They compromised the Church to the point that, in 1967, all churches and religious centers were closed and religious freedom curtailed. The state described itself as atheist.

In 1992, the open practice of religion was restored in Albania.   Archbishop +ANASTASI, the patriarchal exarch, arrived and set about reorganizing and reinstituting the Church in accordance with the Tomos of 1937, which is the cornerstone of autocephaly today.  The Holy Synod of the Church of Albania was created with the help of the Ecumenical Patriarchate in 1998, and statutes were adopted in 2006.  After prudent negotiations with the government of the Republic of Albania, an agreement was reached in which the church is recognized as a legal entity.

The Holy Synod of the Autocephalous Orthodox Church of Albania today consists of: